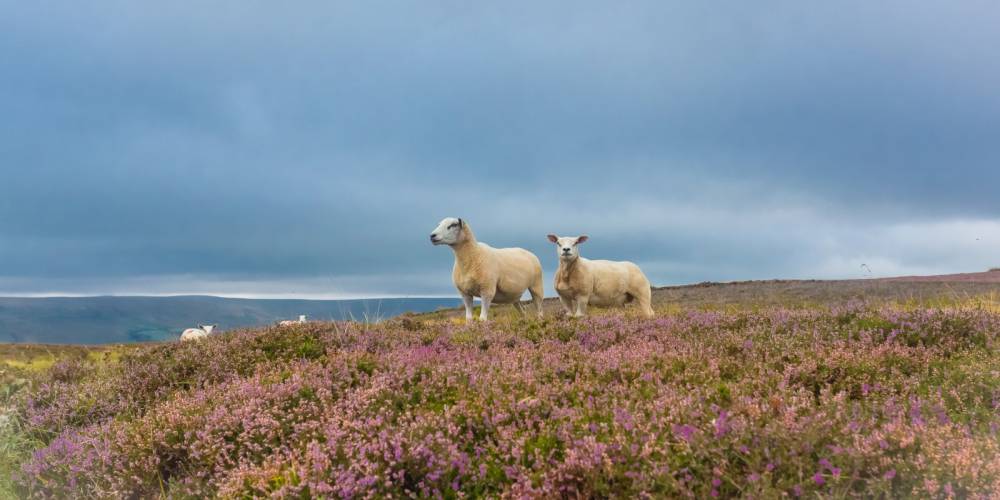 Sweeping statement about agriculture made by well-known celebrities are misleading, says NSA

The sweeping statements about agriculture made by celebrities such as Ricky Gervais, Joanna Lumley, Deborah Meaden, Billie Eilish and Chris Packham in the run up to UN Climate Change Conference (COP26) fail to notice the positive relationship between UK sheep farming and the environment, says the National Sheep Association (NSA).

Calls to reduce global meat production have been made in a letter to MP Alok Sharma, COP26 President, signed by 18 celebrities who have chosen plant-based diets. While it is right to discuss food production systems within the climate change debate, NSA warns farming which works in harmony with nature should not be overlooked.

Phil Stocker, NSA Chief Executive, says: “The over-simplification of this message is misleading – not least because UK agriculture, and particularly sheep farming, is different to countries that do not grow as much grass as us. The UK sheep industry operates extensively on open pasture, much of which is unsuitable for other land use. Grass-fed lamb has a far lower environmental impact compared to processed foods based on soya, almonds or palm oil, with pasture also acting as a vital carbon sink.

“Sheep used in mixed farming systems help naturally rejuvenate soil for arable crops, and farmers of all different types work hard to find a balance between biodiversity and productivity on farm, providing thriving habitats to support and protect nature.

“In addition, NSA strongly believes a holistic approach to sustainability is essential in order to meet environmental, economic and social goals. Jumping to the conclusion that removing farming will reduce emissions completely overlooks the contribution made by agriculture to nature recovery, landscape management and food production. It would also erode the cultural and historical value of rural communities, destroying employment and career opportunities, social infrastructure, education, social enterprise and traditional artisan methods.”

To further input to debates in the lead-up to COP26, NSA will focus on the value of rural communities in the Wednesday 6th October NSA Breakfast Club Webinar ‘Forgotten faces: recognising rural culture within the climate debate’.