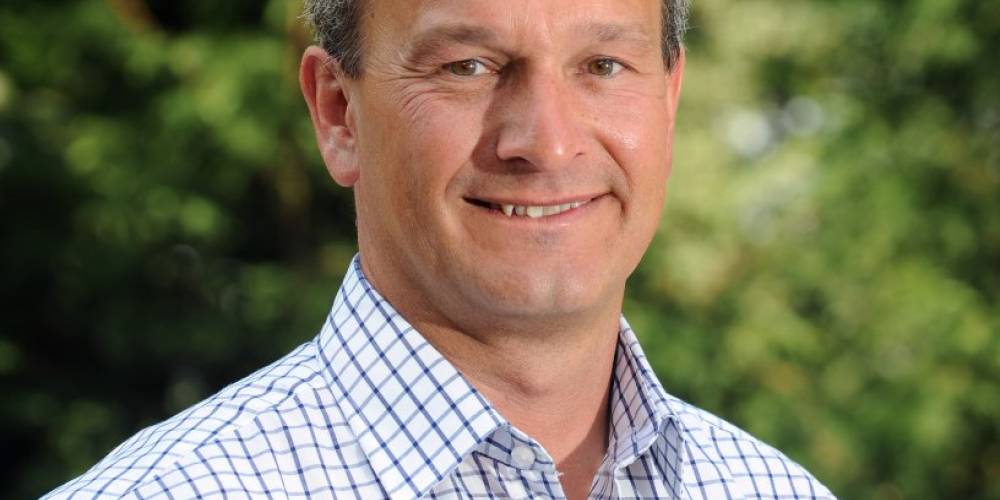 With a career spanning three decades, Chris was nominated for and ultimately won the award for the work he has delivered on behalf of the UK sheep sector, particular the successful knowledge transfer initiative known as the Better Returns Programme.

NSA presents the award each year to recognise an individual who has made an outstanding contribution to the sheep sector. Samuel Wharry, NSA Chairman, feels Chris more than fits the bill. He says: “Thanks to Chris’ instrumental input, the industry now benefits from a world-leading knowledge exchange platform. Its success is largely down to Chris’ ability to communicate with sheep farmers and an enthusiasm and drive which will leave a legacy for years to come. Chris has done a fantastic job for sheep farmers and I’ve no doubt he’ll continue to do so.”

Chris was brought up in Essex in a non-farming family, yet developed a passion for agriculture from a young age while working on a number of mixed farm enterprises and studying agriculture at Writtle College, Chelmsford. He graduated in 1987 and took a job with NSA that saw him spend 16 years as an integral part of the association’s activities, working alongside office holders, committees, breed societies and a wide range of industry officials and organisations. During this time Chris was awarded a Nuffield Scholarship (1999) to study the sheep industries in South Africa, Australia and New Zealand and assess their impact on the UK market.

His next career step was to join Eblex (now AHDB Beef & Lamb), where he was involved in the establishment and launch of Sheep BRP in 2004. Under Chris’s leadership, the programme has widely engaged producers and been the starting point for a variety of other projects. He has also overseen the development of numerous technical publications and interactive management tools to aid decisions for ‘better returns’. Chris is married to Bridget and has three daughters. Alongside his work for AHDB he runs 100 ewes in Herefordshire.

Chris says: “Having been involved with NSA throughout my career, I appreciate the history and prestige the George Hedley award has in the sheep industry. It is an honour to join the list of special individuals recognised, many of whom I have had the privilege to work with while I made my own contribution to this fantastic industry. I enjoy using my knowledge of grass roots farming to explain technical information in a language and format to suit different audiences. This has to be the heart of farmer engagement and I am very proud to have been involved in the Better Returns Programme and other activities that have achieved this.”

Chris will be formally presented with the NSA George Hedley Memorial Award this summer. Nominations for the 2017 award will be accepted from this autumn.