With people not travelling much further than the end of their farm tracks at the moment, there was a welcome international feel to the NSA Breakfast Club this morning (Wednesday 10th February).

Young sheep farmers Marie Prebble and Charlie Beaty talked webinar attendees through the overseas trips they made in late 2019 and early 2020 as part of the NSA Samuel Wharry Memorial Award (SWMA) for the Next Generation. The two won the award on the strength of their research topics, spending time on international travel and pulling together meaningful reports on their findings – see below for links to the full reports.

Having initially committed to presenting those findings at NSA Sheep 2020, which was of course cancelled as a result of coronavirus, the Breakfast Club webinar provided an alternative virtual platform. It also included an update on the NSA Next Generation programme and support of the SWMA from the Company of Merchants of the Staple of England.

Charlie spent six weeks in New Zealand researching the ‘improvement and utilisation of permanent pasture to reduce costs of production on UK sheep farms’. She spoke about how the threat of Brexit had shaped her topic as far back as spring 2019, and was just as relevant today. Since returned home she has been implementing rotational grazing and mixed grazing on the home farm in Warwickshire, and working hard to regularly test soil and over-seed a proportion of pasture each year to boost productivity.

Charlie said: “It wasn’t that I saw anything ground-breaking on my travels, but more that the things we know about in the UK are far more commonplace in New Zealand, like regular soil testing and rotational grazing. It was really interesting to see how they view cattle there too. They’re used like we’d use a topper, but without the cost of diesel and the added bonus of a calf each year. The sheep are number one.”

Marie’s study tour could not have been more different, focusing instead on shearing practices in the Northern Hemisphere. She travelled within the UK and surveyed both sheep farmers and shearers, before going to France, Norway and Iceland.

Shearing in Norway and Iceland is subsidised by the Government, meaning the shearing shed infrastructure and prices paid to farmers and shearers is not comparable to the UK. However, Marie argued, we could learn from the mentality of maximising the value of wool (she was sporting a very smart Icelandic wool jumper to make her point) and planning for shearing time. Her report focused on where improvements could be made in the UK on presentation of sheep for shearing, biosecurity, suitability of handling facilities and wool handling.

One example was emptying sheep before they were shorn, with Marie making a compelling case for either housing animals beforehand (where farmers had facilities) or mobbing them on a heavily grazed field – preferably for 12 hours, certainly for more than four (the current industry recommendation) and absolutely not shearing sheep straight off grass.

She said: “A full ewe’s gut content can make up over 20% of its body weight. That’s three tonnes of extra weight per day of shearing. Emptying sheep reduces the physical load on the shearer and anecdotal evidence suggests fasted ewes sit more comfortably and struggle less. They also defecate less in the shearing trailer and on the boards, which can make conditions dangerous and risk disease.”

Stephen Fell of the Company of Merchants of the Staple of England, which put forward the majority of funding for the NSA award, congratulated Marie and Charlie on their presentations. He said the benefit they had gained from their travels and the passion with which they had presented their findings was exactly why the Staple had gotten involved in the 2019/2020 award and would do go again the future.

Joanne Briggs of NSA confirmed that, although the 2021/22 award had been postponed due to Covid-19 preventing international travel, applications would open later in the year – probably late summer – with information to be shared when possible.

The final word went to Edward Adamson, NSA Northern Ireland Regional Development Officer and close friend of Samuel Wharry. He said how proud Sam would have been to know his enthusiasm and passion for the sheep industry had rubbed off on Marie and Charlie.

Samuel was only 56 when he died suddenly in May 2017. He was part way through his term as NSA Chairman, the fairly recent instigator of an innovative share farming agreement, and a man passionate about science and technology, particularly relating to genetics during his many years breeding Blackface sheep. He was a supporter of the NSA Next Generation initiative since its inception, hence the steps taken to remember him through making the travel bursary an exciting addition to the Next Generation programme.

The full reports from Charlie and Marie are available on the NSA Next Generation website here or downloadable below. 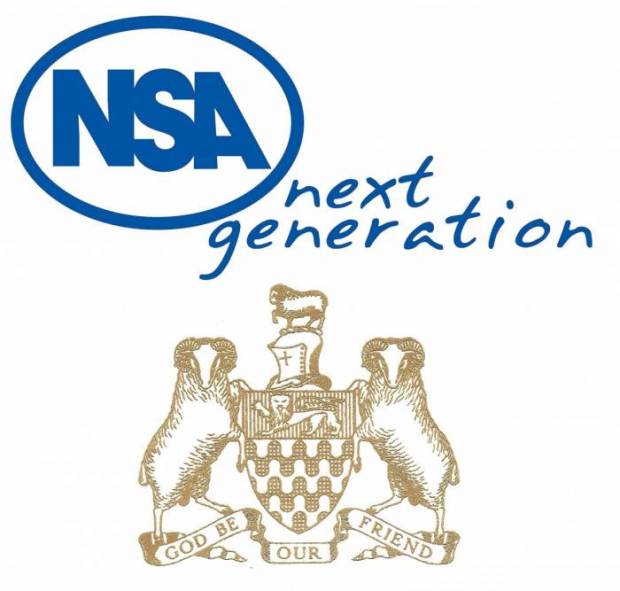