"I currently have a flock of approximately 100 breeding Dorset ewes. This has grown over the past 20 years. I work off-farm as well.

"The farm consists of 10 acres around the yard here at home and a number of fields and groups of fields up to seven miles from my house. There are no public footpaths across any of the land although historic rights of way may exist over some.

"My flock has been subject to five dog attacks that I know of in the past 10 years or so and I have witnessed most of these.

"The first attack I came upon the sheep being chased by two dogs when checking them one morning. A second time I witnessed a dog in the field at the front of the house chasing lambs. Two further times I was called by neighbours to say there was a dog in my flock but the dogs were there when I got there.

"One occasion led to the death of one ewe from a bunch of approximately 10 in the field. Two others suffered significant injuries including an ear ripped off and the tail broken. Other incidents have involved the scaring of sheep, causing them to run, get into corners of fields etc but I was able to intervene before actual physical damage occurred.

"No owner has been present at any of the incidents we have experienced but I have known some of the dogs to be involved.

"The dog warden is the primary point of contact in Northern Ireland for dog attacks who I did call in response to each case. On one occasion I called the Police as well.

"The dog warden was hard to contact out of hours – as all the cases occurred out of normal office hours. But in due course they did get back to me and I ended up being given the dog warden’s mobile number by one of the warden for future use.  Local MLA also got involved to improve communication between the local council (who dog warden works for) and the local police so they at least knew how to contact the warden OOH.

"The warden spoke to the owners in each case but no charges were brought in any case that I am aware of beyond a warning.

"I have previously shot dogs in the act of worrying my sheep and I would do that again to protect my flock, perhaps this message would get through to dog owners who allow their animals to stray and chase peoples livestock.

"The emotional impact of these attacks has cause me chronic stress, wondering for weeks if there would be further repercussions to my flock from the attack (Stress-induced abortion of lambs etc). Further stress was caused in one situation where the owner took to social media to ‘take offence’ at my shooting her dogs even though the animals were straying and not noticed to be missing until 24 hours after the attack." 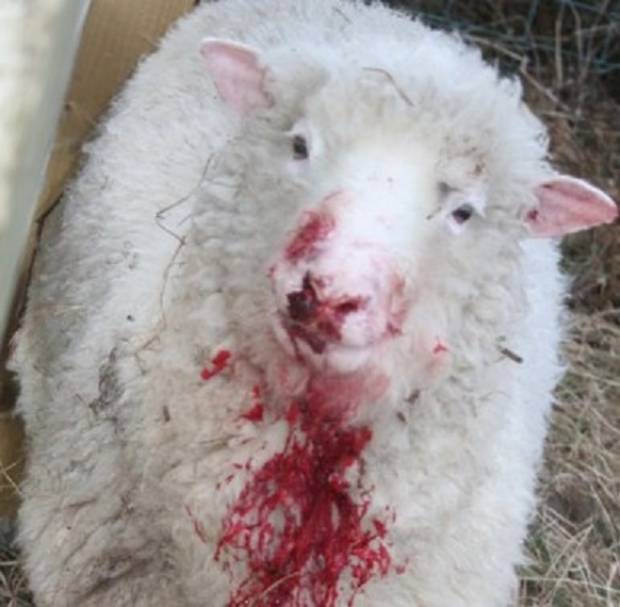