Here is a summary of the key points of legislation affecting dogs around sheep in Northern Ireland, to help you feel confident that you and your pet are staying within the law when in farming areas.

Under the Access to the Countryside (Northern Ireland) Order 1983, members of the public are not allowed onto open country (mountains, moors, heathland, hills, woodland, cliffs, foreshore, marsh, bog or waterway) with a dog that is not under proper control. A Guide to Public Rights of Way and Access to the Countryside published by the Northern Ireland Environment Agency’s Environment and Heritage Service states that members of the public shall not be permitted to bring dogs onto open country unless the dogs are held on a lead at all times.

Under the Dogs (Northern Ireland) Order 1983, it is an offence to allow a dog on any land containing livestock unless the dog is under control. The Order defines ‘under control’ as ‘restrained by a chain or other sufficient leash held by a person exercising proper control over the dog’. The Order also states that if a dog worries sheep (attacks or kills sheep or chases them in a way that may cause injury, suffering or financial loss to their owner) the person in charge of that dog is guilty of an offence.

The Countryside Code for Northern Ireland

The Countryside Code for Northern Ireland is made up of a number of simple messages, which should be kept in mind while enjoying the outdoors. The Code stresses that dogs should be kept under control and kept on leads when walking on roads or near farm animals. It says to avoid fields with animals in them, as your presence may cause them stress, and points out that livestock are valuable commodities which should be left alone. The Code also asks dog owners to bear in mind the distress that dogs can cause to farm animals. 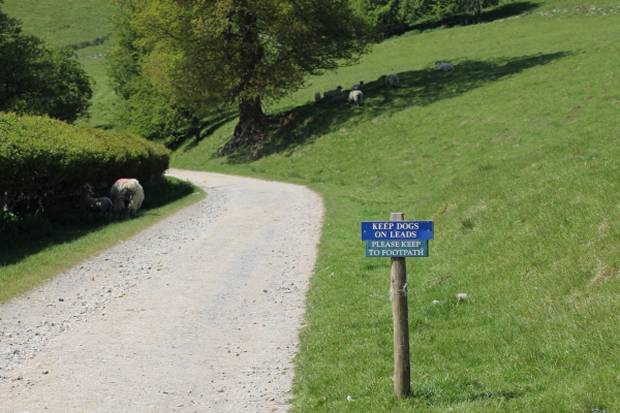