Time to unify nation and deliver on promises says NSA

Following the Conservative Party’s largest victory in 30 years, NSA is calling on the newly re-elected leader of the party and Prime Minister to take immediate action to unify the nation and deliver on the promises made.

NSA Chief Executive Phil Stocker comments: “For the last three years we have been left in limbo waiting for one thing or another to happen, crippled by indecision and with a seriously divided society. But having reached the end of this general election period, with a returned prime minister holding the strongest mandate this country has seen in decades, we can be sure that at least the first layer of uncertainty has been removed. We cannot allow our future to be based on one side winning and one losing and if the new Government wants to live up to its strapline of a one nation Government it will need to demonstrate that we are all equal stakeholders in our future”

During the course of the General Election campaign, the Prime Minister repeatedly made promises and assurances about Brexit, and the NSA will do everything it can, working with others where beneficial, to hold the Government to account and provide security for the British sheep industry. Mr Stocker continues: “As far as the sheep industry is concerned the best thing we can do is accept the nations decision and move forward.  We have some strong assurances from the Prime Minister; that a no deal at the end of 2020 should not be feared because a free trade deal with the EU can be reached by the end of 2020; that no restrictions/hurdles/paperwork will be needed relating to movement of goods between our mainland and Northern Ireland; and that British farmers will be protected from lower standard and cheaper products entering the UK market. The country has put its trust in the prime minister and his Government to deliver on these and other crucial promises and NSA will play its part in ensuring these promises are fulfilled.  We expect the Agriculture Bill, the Environment Bill, and the Food Plan to quickly come back to the table in a co-ordinated way that offers a secure future for our farmers”

NSA is emphasising the importance of avoiding any future ‘cliff edge scenario’. Mr Stocker explains: “Our industry is resilient, as we have proved this year having thrived despite the uncertainty, but we cannot keep going on this way. A clear plan and agenda must now be set by Mr Johnson, with the fallback assurance of contingency support if the Government fails to achieve its objectives.”

In order to allow for this to happen NSA is appealing to the Prime Minister for continuity in our Farming and related Ministers and to act quickly in any reshuffle he may now wish to do. “Over the years we have built up good relationships with incumbent ministers and have been able to support their work in a way that helps farmers. Any reshuffle should be done quickly with a requirement that engagement and relationship building with industry be a priority,” Mr Stocker adds.

While NSA is insistent that key promises must be met there are still outstanding proposals that have not been adequately discussed and are completely lacking in practical sense. NSA will shortly be contacting the Prime Minister and Defra Ministers to demand proper debate around our concerns. Mr Stocker says: “Shortly before the election there was talk of a policy that would limit farmers to only selling stock to their most local abattoir. Our letter to Sec of State Theresa Villiers received a completely inadequate response and this, along with announcements about a blanket ban on live exports is irrational and would lead to outcomes completely opposite to that intended. We have seen good examples where Government and industry can work together for shared objectives but we need to see consistency in this approach across all decision making” 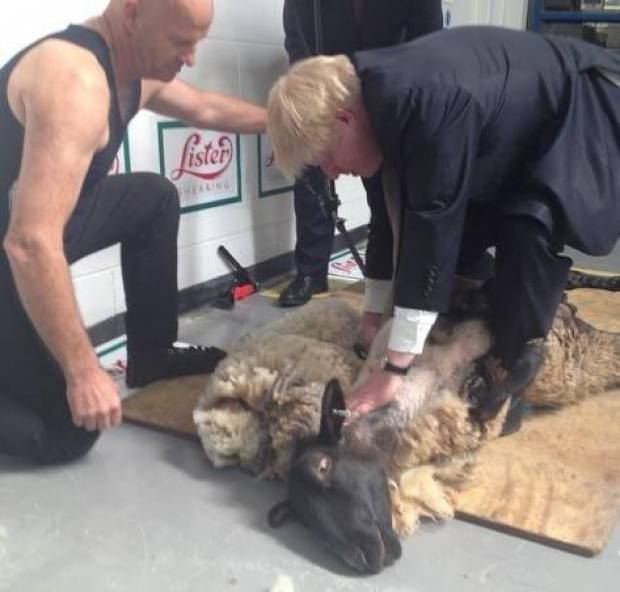