Grasslands are as vital as trees for environmental protection, says NSA, in response to 2020 budget

The National Sheep Association (NSA) has identified two key points of significance to Britains sheep farmers that have come from Chancellor Rishi Sunak’s first budget that it wants aired widely.

Firstly, the association welcomes the decision to retain the tax relief on diesel used for agriculture, and secondly it wants to challenge the almost exclusive focus on tree planting and peatland restoration as a means to help nature address climate change, via the Nature for Climate fund.

But NSA Chief Executive Phil Stocker is keen to remind the Chancellor and his colleagues that it is not only trees and peatland that offer environmental benefits of nature and climate change mitigation. Around 70% of the UK agricultural land area is classified as grassland, the majority being permanent pasture with the remainder being part of a mixed farming system, with our grasslands being vitally important for our landscape, carbon capture, soil life, nature, and public wellbeing.

Mr Stocker says: “The decision to retain tax relief on diesel used in agriculture is hugely welcome particularly given the changes that farming is facing over the next decade. Mr Sunak’s decision surely recognises not just the need for stability but also the strategic importance of food production and the public benefit of keeping food inflation to a minimum. The farming industry should not and cannot rest on its laurels in adopting energy efficiency measures, both for climate change reasons and cost control but this decision means the industry has more time to transition and for new technology to come through.

Equally important is a need to recognise the value of grassland. Mr Stocker continues: “For too long the importance of grassland has been under acknowledged and it has regularly been treated as a poor cousin, both agriculturally and environmentally. In many cases this has resulted in it ending up in sub optimal condition and at the NSA we feel strongly that it needs to be far better recognised and invested in.  I believe this is the case for both our permanent pastures and the short term leys that play a really important role in rotational mixed farming – again something that is good for productivity and for nature. If you consider the attention that trees have received for their ability to capture carbon and improve conditions for nature it is frustrating that few policy makers understand that well managed grassland can be just as effective at storing carbon while also providing a multitude of other public goods. The fact is that grassland does this while also relying on grazing livestock that in turn produce highly nutritious food, and wool. I am not saying that we shouldn’t use public money to incentivise tree planting but I am saying that we will not always make climate or nature gains by converting grassland to woodland. I also believe strongly that well managed grassland should be considered equally as valuable and important as woodland and financial incentives and rewards should be similar.”

With the UK’s livestock farmers remaining a target for climate campaigners and much of the media, the message about the positive role that livestock farms have as a solution to climate change remain dwarfed by claims that people should reduce red meat consumption due to methane emissions from grazing animals. More recent work from research institutions give evidence that the current accepted measurement of global warming potential of greenhouse gases, both Methane and Nitrous Oxide, are not accurate and result in a false assessment of the contribution grazed livestock have on the environment.

Mr Stocker concludes: “For years we have been battered by negative press based on incomplete climate science. It is this science that suggested that the more extensive the farming approach the worse its climate impact.  We’ve had well over a decade where we have known this doesn’t make sense and now we have evidence that this is outdated.  Fortunately, we are starting to see a far more holistic understanding of life cycles and also an understanding of the importance of considering multiple outcomes from land management rather than single metrics. We are calling on the climate science community to catch up with recent findings.”

“Work conducted at Oxford University has shown that methane released by ruminating animals has a very short lifespan in the atmosphere compared to Carbon Dioxide and Nitrous Oxide, and therefore its potential to add to global warming is not as significant as previously assumed. When this is combined with the good that grazing animals have for soil health, wildlife and ecology, and even helping to contain wildfires in times of drought, we have an increasing body of evidence of the positive and beneficial role that livestock and grassland play in sustainability.” 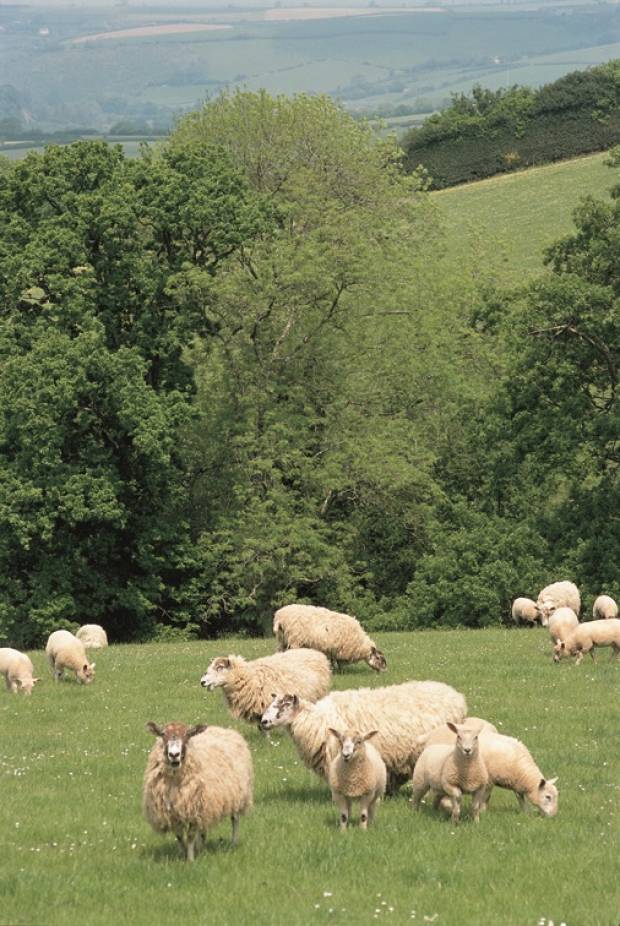