NSA were one of 29 organisations who signed a joint industry letter to government, highlighting the major disruption that could be on the cards for animal exports.

Phil stocker comments: “We are just days from the end of the transition period and we really need clarity and support from government to ensure that high welfare animal exports continue. We face severe market disruption in the event of a no deal, with tariffs of almost 50% being applied to sheep meat. Unfortunately, whether we reach a deal or not, we are not out of the woods. Proposed legislation changes and bureaucracy that comes with us becoming a third country will no doubt cause further interruption for animal exports. We hope that by combining forces as an industry, Defra will respond to the positive suggestions in this letter and make some further policy changes even at this late stage that could at least reduce some of the disruption.” 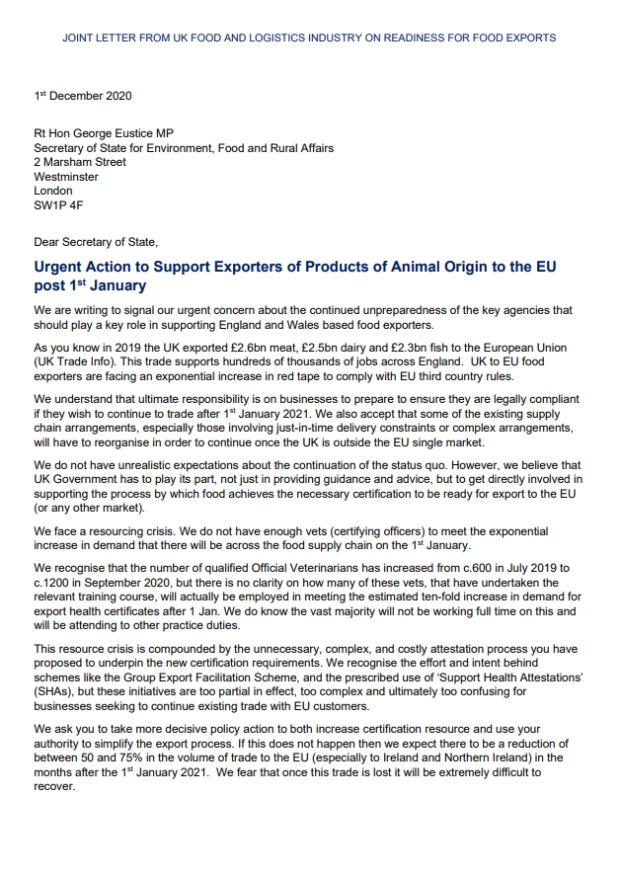