NSA and For Flock's Sake

NSA supports the ‘For Flock’s Sake’ project, the aim of which is demonstrate how a collaborative, community-led approach to managing scab can reduce the incidence of the disease.

The initiative is being run in three very focused regions in England reflecting current hotspots of disease. NSA is coordinating the South West region (lot 3), with a focus on Devon and Cornwall, while the Farmer Network is coordinating North West (lot 1) and Adas the Midlands (lot 2).

The outcomes are intended to shape guidance to be communicated on a wider, national scale in the future – and given its role throughout the UK, NSA is ideally placed to extrapolate learnings from the project throughout England, as well as linking it with and comparing it to existing initiatives in the devolved UK nations.

To fulfil the objective, the project will work with clusters of contiguous farms to identify the level of disease, biosecurity measures and the understanding of the options for effectively managing scab.

Sean Riches , NSA Policy & Technical Officer , says: “Sheep scab continues to be a health and economic problem with significant costs to the UK sheep industry. Outbreaks are often caused through actions outside the control of farmers, which is why co-ordinated control programmes need to be implemented.

“The specific localised recruitment means in no way is it a national eradication programme. But the partnership approach, with strong execution, gives it the potential to be a platform for further wider-scale initiatives. And it will hopefully lead to even greater things in the future, which is why NSA was so keen to be involved.”

The two-year ‘For Flock’s Sake’ project is being led by Moredun Research Institute’s Stewart Burgess, independent sheep consultant Lesley Stubbings, and Bristol University’s Richard Wall . It is a Defra-funded initiative via the Rural Development Programme for England (RDPE) .

The project is funded by Defra with RDPE money. 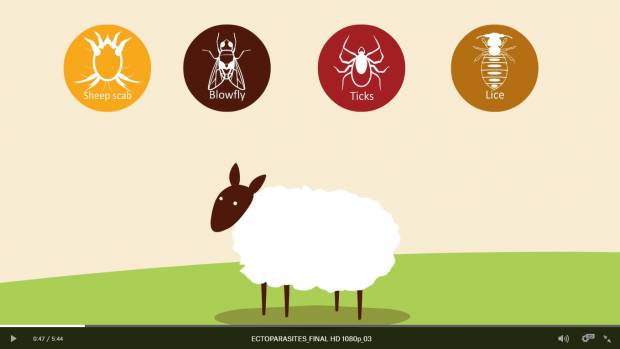 To view the Moredun 'Stop the Creeps on Sheep' video, click on the You Tube link provided. 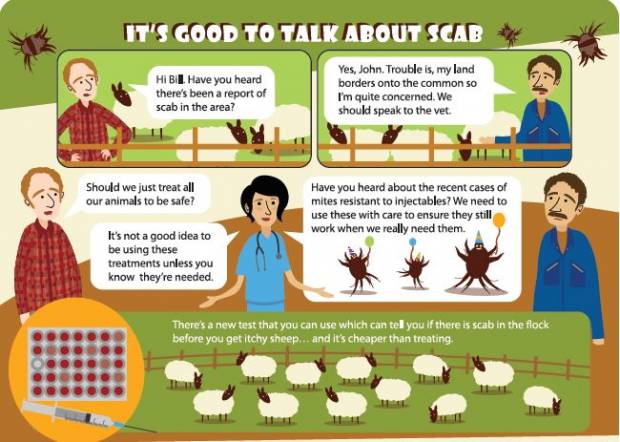 To view the Moredun sheep scab booklet, for a visual guide to controlling sheep scab, click on the link provided.
National Sheep Association | The Sheep Centre | Malvern | Worcestershire | WR13 6PH
Tel: 01684 892661 Fax: 01684 892663
NSA is a Company Limited by Guarantee, registered in England (No. 37818). It is a registered charity in England and Wales (No. 249255) and in Scotland (No. SCO42853). NSA is VAT registered (No. 273 3469 44). NSA complies fully with the General data protection Regulation (GDPR). Contact NSA to request our privacy policy, to raise queries or concerns regarding GDPR, or to unsubscribe from NSA mailing lists. National Sheep Association is an organisation which represents the views and interests of sheep producers throughout the UK. NSA is funded by its membership of sheep farmers and it activities involve it in every aspect of the sheep industry.
your business your future