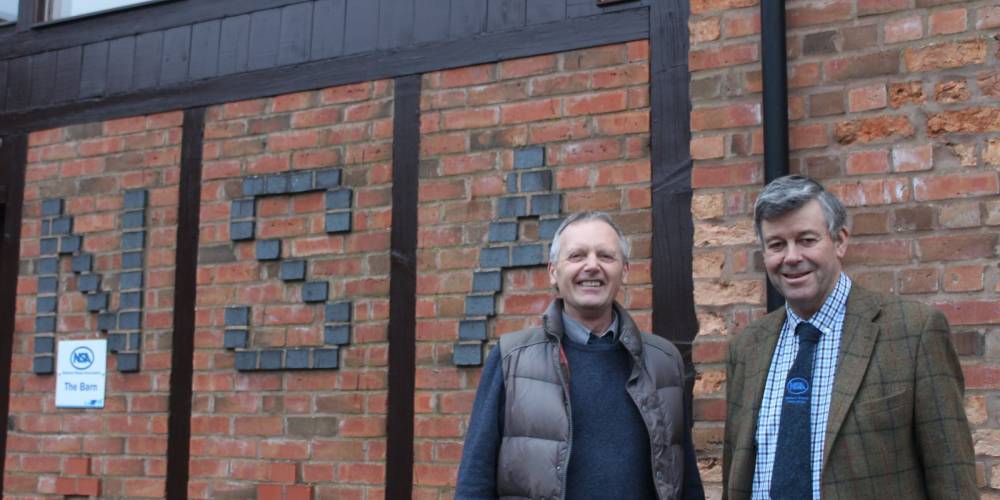 As a recognisable face to many sheep farmers across the UK, it may come as no surprise that NSA Vice President and NSA Northern Region Trustee John Geldard FRAgS has been named as the 2020 recipient of the NSA George Hedley Memorial Award in recognition of outstanding contribution to the sheep industry.

John, who farms near Kendal in Cumbria began his career in the industry more than 45 years ago after securing a tenancy with his wife Rachel on a Lake District National Trust tenanted hill farm before progressing to develop a mixed farming business, management of which now having been passed to John’s sons Richard and Charles. John’s family-owned business now employs 25 staff and features a beef, sheep and a layer enterprise, together with Plumgarths Farm Shop Ltd, now managed by daughter Victoria. The enterprise also includes an egg packing station that benefits numerous other surrounding farms providing a service for farmers to contract their eggs to them ready for marketing to retailers and to the foodservice industry. John now also takes on the role of managing operation at Plumgarths Lakeland Food Park.

An avid networker, both at national and regional level, John has chaired more than 20 industry groups and organisations. He has served as NSA Northern Region Chairman, NSA National Chairman for two separate terms and now is an NSA Vice President. John is a director of Farmers Fresh and a Director of North West Auctions. He is also a current Vice President of the Lleyn Sheep Society who nominated John for this award.

On receiving the award, John says: “Throughout my time working in the sheep sector and with the NSA I have always held the George Hedley award in the highest regard for the very high calibre individuals that have been recognised by this in the past, and therefore I am extremely honoured to be named as the latest recipient. It must be recognised that NSA punches far above its weight in terms of its efforts to represent the sheep industry and the activities and campaigns it is part of in doing this on a UK wide scale. I do not consider any other organisation represents one sector of the agricultural industry so effectively.

“It is important to note that future funding arrangements are going to be difficult for the industry to continue to supply the highest quality food for the public to enjoy. NSA has always been prepared to accept the changes our industry has encountered and move forward with these but at this time  we now have a responsibility to put forward our own ideas for change to the government to ensure farmers are supported for the future and that public money is spent wisely on public goods such as sustainable food production.”

NSA Chief Executive Phil Stocker comments: “There are few people that can have given so much time and shown such dedication to the NSA and the UK sheep industry as a whole as John Geldard has. He has been tireless in his efforts to serve the NSA and further our standing in the world of agriculture. His impact will be felt at local, regional and national level, having had a great influence on both commercial and pedigree sheep sectors. He is without doubt a most deserving recipient of the NSA George Hedley award.

The George Hedley award follows several previous prestigious accolades that John has also received including Farmers Weekly Farmer of the Year back in 2007 and more recently receiving the Outstanding Contribution to British Agriculture at the British Farming Awards in Autumn 2019.

The formal presentation of the George Hedley award will be amongst John’s many friends and colleagues from the industry at the NSA Sheep Event dinner on Monday 26th July 2020, ahead of the flagship event of the association at the Three Counties Showground, Malvern, Worcestershire.