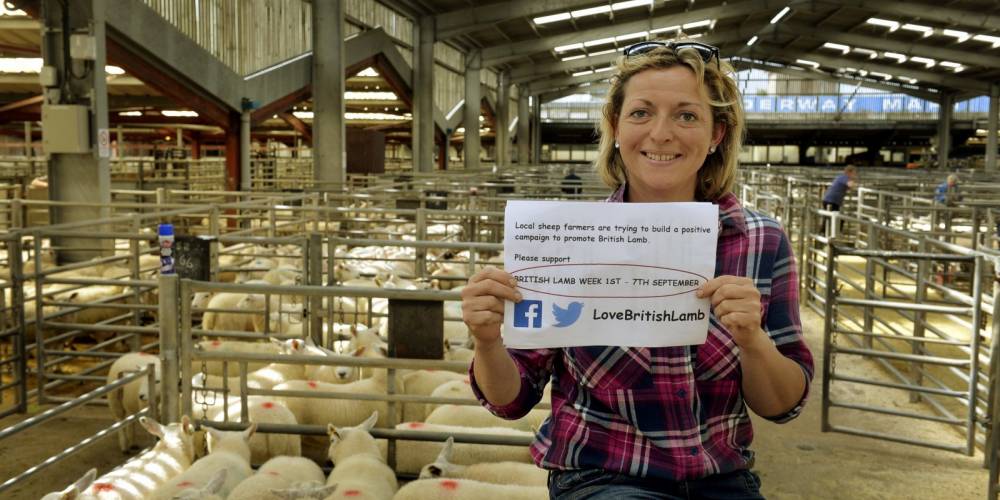 Rachel farmed near Penrith, Cumbria, and was the driving force behind the now well-established and successful Love Lamb Week that takes place at the beginning of September each year. She passed away suddenly in July 2020 and is widely missed within the industry.

The NSA award for outstanding contribution to sheep farming is presented annually, and Rachel’s family will receive a special sculpted statuette of a South Country Cheviot sheep to recognise what Rachel achieved before being taken away at such a young age.

Rachel began the Love Lamb campaign in 2015, reacting to falling lamb consumption and depressed lamb prices. She recognised a strategically planned promotion was needed to encourage people to put British lamb back on their dinner plates. Since then, the campaign has grown year on year with it now sitting firmly in the sheep farming calendar.

NSA Chief Executive Phil Stocker comments: “Rachel was the driving force behind the campaign, wanting lamb to get the attention it deserves. Through her leadership, as well as solid external support, Love Lamb Week has caught the attention of top chefs from across the world, as well as national press and broadcast media. Rachel did a fantastic job in bringing the campaign to the notability it has today. All at NSA are proud to support and continue to build on the legacy Rachel started.”

As well as Love Lamb Week, Rachel was known as a former Secretary of the English Shearing Circuit and a competitive wool handler, representing England at the World Championships in 2017.

NSA Next Generation Ambassador Marie Prebble, who knew Rachel through their mutual interest in competitive shearing, says: “Rachel was one of a kind, a real gem. Her bubbly personality made her well-known in the farming and shearing community. She was a passionate advocate for British farming and a brilliant role model.”

Rachel is the 2020 winner of the George Hedley Memorial Award. Nominations for the 2021 award will be invited at the end of the year.