What does a deal with the EU mean for the UK sheep industry now?

NSA Chief Executive Phil Stocker provides a breakdown of what can be expected in the coming months as a result of the UK reaching a free trade deal with the EU.

After four and a half years of preparation, discussion and negotiation, the UK completed its departure from the European Union on the 31st December 2020. The UK is now a fully independent nation making our own rules and regulations, and striking our own trade deals around the world. Our interest in trading internationally will heavily influence our future regulatory direction and, while we are now responsible for our own regulations, any changes will be tempered by the rules and regulations of others. In addition, the UK is currently aspiring to be global leaders in regulatory standards, in part linking this with high value and quality trade development.

It was with huge relief that a trade deal was finally agreed between the UK and the EU, albeit on the 24th December, allowing goods to move in both directions without the application of tariffs. For sheep farming it is worth reflecting on the statistics for a moment – some 35-40% of UK sheepmeat production is exported and 95% of this exported volume is sold into the EU. The agreement reached means we can continue to sell into the EU without any volume restrictions or tariffs being applied.

But things will be different to the way they were, and time will tell as to how this might affect our industry in the longer term. Firstly, while the UK can continue to freely export sheepmeat to the EU, there will be more bureaucracy and more paperwork that will bring costs. Over time we can expect any initial disruption to fade away as businesses and officials get used to the new systems. However, what is still not clear is the veterinary capacity needed to sign off thousands of additional Export Health Certificates given that even much of our existing vet capacity comes from EU labour sources. Abattoir labour is another challenge that will need to be overcome, with efficient abattoirs and adequate Operating Vets central to our exports flowing freely and efficiently.

The GB mainland’s (England, Scotland and Wales) relationship with Northern Ireland (NI) will change considerably, although to what extent that will be felt ‘on the ground’ is yet to be seen. The border between the UK and the EU is effectively now between GB and NI meaning additional controls for goods moving between our nations. Over time companies will get used to the procedures, and goods will flow. However, the added costs will end up either on the retailers’ shelves or at the door of the producer. In the sheep industry there is one sector that will be hit hard by our new GB/NI relationship and that is breeding sheep. NI has adopted EU SPS (Sanitary and Phytosanitary) controls meaning that sheep going to NI from GB will need to be Scrapie free as well as MV free (NI farmers regularly buy around 9000 hill breeding sheep from Scotland and the north of England annually), and pedigree breeders in NI that would traditionally bring stock to Society sales on the mainland will be unable to take the animals home of they don’t sell - unless they can cater for a 7 month period before they can return.

On the subject of exporting live animals to the EU, everything is currently on hold due to there being no facilities at any of the EU sea ports to take live animals from a non-EU state. For breeding animals, we are expecting solutions in time with a couple of options potentially being developed. As far as we are aware, anyone normally using P&O ferries to ship breeding sheep from Dover to Calais will find this route closed for the time being and, except for flying animals out, NSA is not aware of any other options. The same applies to any lambs moving across the channel for slaughter or further finishing, although decisions relating to this will be caught up in the Governments current consultation on banning live exports for anything other than breeding stock. Note that breeding stock will also have to be Scrapie free and stated free from the main iceberg diseases by the farm’s vet.

To summarise, here are the key outcomes:

For the first few weeks in January, we can expect trade and exports to the EU to be quiet with companies wisely allowing things to settle before hopefully getting busy again. With lamb numbers likely to be lower than normal during this month we can watch market prices with interest.

Trade, and our market conditions, are fundamental to a successful sheep industry and the coming weeks will see the continuation of the UK's trade negotiations with New Zealand and Australia, and with the US and Canada. The outcome of these discussions, particularly with NZ and Australia, could put long lasting pressures on the UKs sheep farming sector and NSA will be feeding into these discussions in any way it can and keeping members informed of progress.

Finally, it’s worth mentioning that these next few weeks should mean we (in England) see more detail on ELMS, the Sustainable Farming Incentive and Agricultural Transition. NSA will update members on this through our normal channels, and there is little risk that 2021 will leave people bored with life! 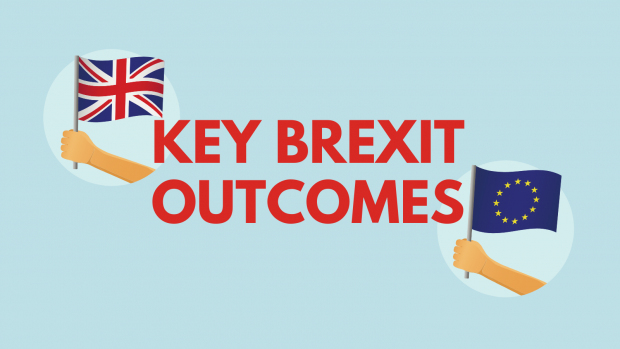