More than 60 young people with an interest in the sheep sector spent the day at Newton Rigg College, Cumbria, on Wednesday arming themselves with information to get ahead in the industry.

The event, organised jointly by the National Sheep Association (NSA) and Innovation for Agriculture (IfA), also saw the search start for a group of young enthusiasts to form the 2016 NSA Next Generation Ambassador Group. This is the third time that applications have been invited for NSA Ambassadors, offering the opportunity for up to 12 people to attend five training sessions through the year covering a wide range of sheep farming best practice, personal development and business skills.

Ambassadors from both the 2014 and 2015 groups were among the strong attendance at the Newton Rigg event, joining other young people to hear a range of speakers and partake in technical workshops during the day. Samuel Wharry, NSA Chairman, described his share farming venture in County Antrim, Northern Ireland, while Paul and Nic Rennison from Renwick, Cumbria, talked about their progression from farm manager to tenants to buying their first farm. The technical workshops covered everything from nutrition and genetics to sheep handling and lamb selection.

Joanne Briggs delivers the NSA Next Generation project. She says: “It was great to see so many sheep enthusiasts taking part in the event and using the technical workshops to ask questions to benefit and develop their own businesses and careers. It was also the perfect occasion to start the process of finding young people for the 2016 NSA Next Generation Ambassador Group. The first two Ambassadors Groups have been hugely successful and we are very excited to open the opportunity to another intake.”

Apply for the NSA Next Generation Ambassador Group at www.nsanextgeneration.org.uk; applications close on Friday 4th December. NSA Next Generation is funded by the NSA regions and the Ambassador Group is generously supported by a number of delivery partners. The event at Newton Rigg was supported by Caltech Crystalyx and was followed by an option extra to visit the nearby Caltech factory afterwards.

For more information and photographs from the event contact Joanne Briggs, NSA Communications Manager, on 07807 237982 or [email protected]
The National Sheep Association is an organisation that represents the views and interests of sheep producers throughout the UK. It is funded by its membership of sheep farmers and its activities involve it in every aspect of the sheep industry. More at www.nationalsheep.org.uk and www.nsanextgeneration.org.uk 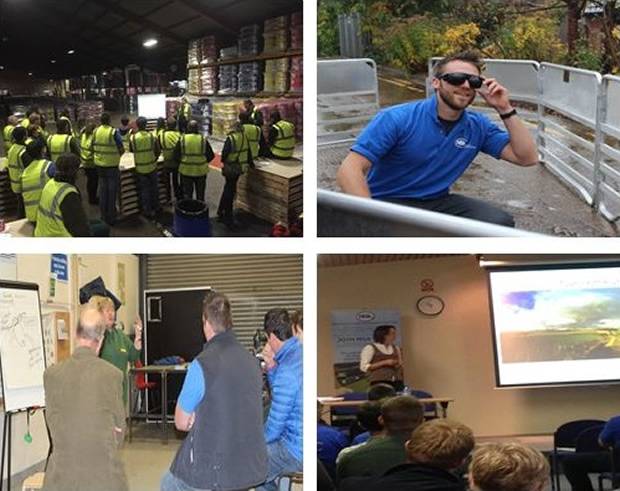