A leading beef and sheep unit near Dundee is set to host Scotland’s national sheep event, NSA Scotsheep, next year.

Organised by the Scottish region of the National Sheep Association, NSA Scotsheep 2020 will be held on June 3, 2020, at Over Finlarg, Tealing, where Robert and Hazel McNee, have built up a profitable business since moving to the farm in 2011.

“We are delighted that the McNee family at Over Finlarg, have agreed to be our hosts for Scotsheep 2020,” said NSA chairman, Jennifer Craig.

“The farm is in a great location and provides a varied and successful business that will be worth a visit to see. We’re all very excited to work with Robert and Hazel over the next year in preparation for the event.”

Robert and Hazel, who have two young children Kate (6) and Alan (4), said it is an honour to host such a prestigious event for the sheep industry in Scotland and looked forward to welcoming fellow farmers to Over Finlarg, next June.

“We are fairly new to Over Finlarg and although have made improvements and changes, there is still a lot to do,” said Robert. “It’s a working progress and we like a challenge so we are really looking forward to hosting the event and welcoming farmers from all corners of the country.”

While the farm extends to 740 acres, the McNees also graze a neighbouring heather hill and rent 40 acres of seasonal grazing on a nearby farm.

Both the sheep flock and suckler herd are now completely closed, with only home-bred replacements used for breeding and tups and bulls bought at auction.

The McNees lamb 1100 head each year, comprising 600 hill-type North Country Cheviot ewes of which 200 are bred pure and the remaining crossed to the Bluefaced Leicester for producing Cheviot Mules.

Some 200 Blackface ewes are crossed with home-bred crossing-type Bluefaced Leicesters to produce Scotch Mules, with the result then tupped to the Texel and sold as hoggs with lambs at foot.

Cheviot Mules are also sold through the sale ring as gimmers the following year.

Robert and Hazel also run 100 pure Texels and pedigree Bluefaced Leicesters for breeding tups for home use and shearlings for the commercial market.

Male lambs are finished on farm and sold deadweight, while ewe lambs are mainly sold on for breeding where they regularly command premium prices in the sale ring.

Progeny that isn’t suitable for breeding is finished on the farm and sold direct to ABP.

The team at Over Finlarg have become well-known at both Stirling Bull Sales and the annual Luing Cattle Society’s Premier sale at Wallets Marts, Castle Douglas.

In February, 2019, at Castle Douglas, the McNees sold Finlarg Warrior for 18,000gns, while that same month, Limousins from their Westhall herd reached a top of 11,500gns and 11,000gns at Stirling.

On the cropping side, 100 acres of cereals and turnips is grown for home use which has allowed the McNees to be self-sufficient.

Organisation of the event will be in the capable hands of a young and enthusiastic local committee chaired by neighbouring farmer Willy Millar, who runs a beef and sheep enterprise at Huntingfaulds, Tealing.

Event organiser is NSA Scotland secretariat Euan Emslie, who will be happy to provide details of sponsorship opportunities and trade stand information to interested parties. He can be contacted on 07718 908523 or [email protected]. 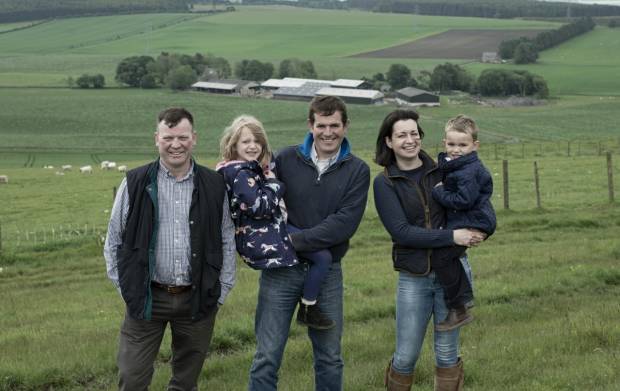 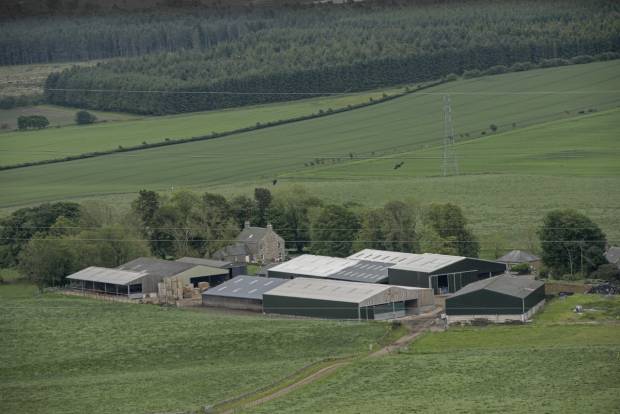 Over Finlarg Farm
National Sheep Association | The Sheep Centre | Malvern | Worcestershire | WR13 6PH
Tel: 01684 892661 Fax: 01684 892663
NSA is a Company Limited by Guarantee, registered in England (No. 37818). It is a registered charity in England and Wales (No. 249255) and in Scotland (No. SCO42853). NSA is VAT registered (No. 273 3469 44). NSA complies fully with the General data protection Regulation (GDPR). Contact NSA to request our privacy policy, to raise queries or concerns regarding GDPR, or to unsubscribe from NSA mailing lists. National Sheep Association is an organisation which represents the views and interests of sheep producers throughout the UK. NSA is funded by its membership of sheep farmers and it activities involve it in every aspect of the sheep industry.
your business your future