Meet the 2020/21 NSA Next Generation Ambassadors

After a one year break in 2019, NSA was delighted to welcome a new intake of Ambassadors in early 2020 - only for the group's delivery sessions to be massively disrupted by Covid-19. Only the first delivery session of 2020 ran as usual. Other delivery sessions were moved online and the rest postponed to 2021 - meaning the group reduced in size slightly by the time everyone was able to get back together in summer 2021. But the more streamlined group showed enthuasiam akin to a group twice it's size! Read about the eight individuals here. 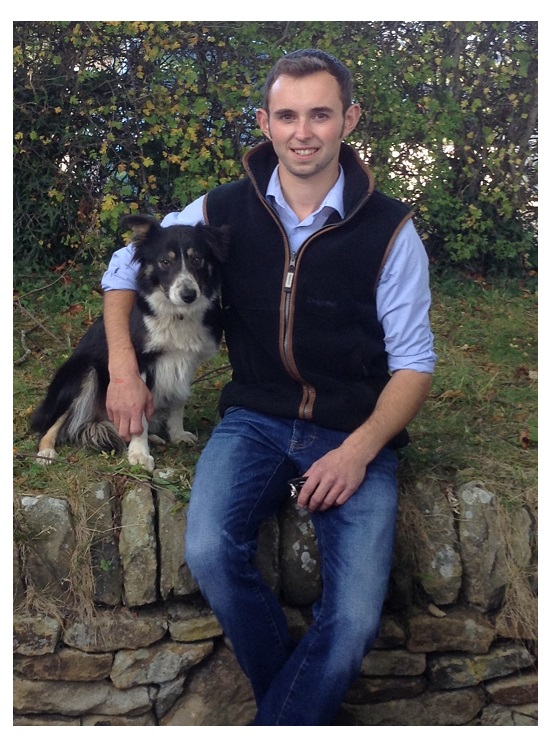 As newly promoted assistant farm manager at Chatsworth Estate, it is clear that Jack is already brimming with the enthusiasm required to go far in the sheep industry. Having grown up actively involved on his family's farm in Northumberland, he has progressed gaining experience on farms across England as well as New Zealand. Jack recognises that there is still much to learn and he is hopeful that the Next Generation programme can help him to achieve this. Jack may already be a familiar face to members in the NSA Central region as he is already involved on the regional committee, finding time to balance this with a busy work life and his active role in his local Young Farmers club. he also qualified to represent the region at the final of the NSA Next Generation Shepherds competition at NSA Sheep 2020 this July. Jack says he is looking forward to using his role as an NSA Next Generation Ambassador to help promote the industry further, particularly to more young people through social media. 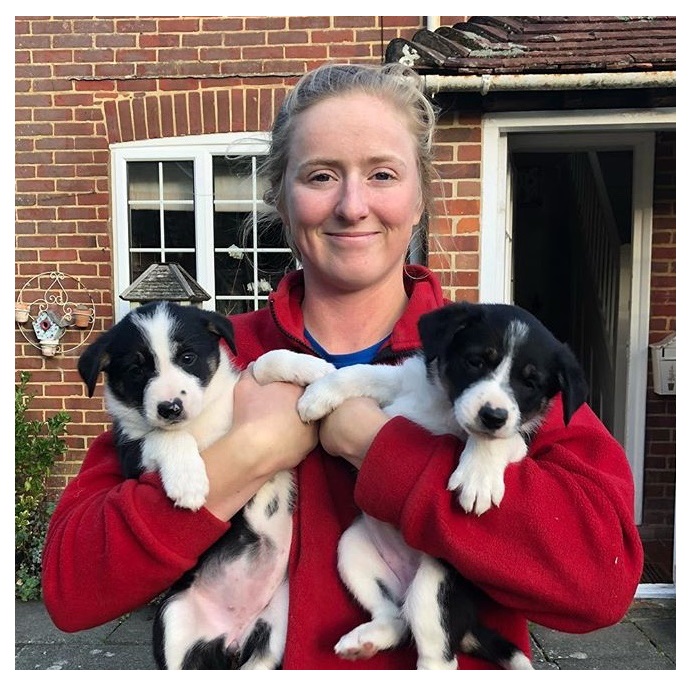 Despite being the youngest of this year's group of Ambassadors and a new entrant to agriculture, Clover has wasted no time in capitalising on the opportunities presented to her to already gain an impressive amount of experience in the sheep industry. having spent time in New Zealand, as well as several progressive UK sheep farms, Clover is currently working on an arable farm where she is keen to increase the integration of sheep into the system to build sustainable fertility on the land. Clover's aim is to one day manage a mixed farming enterprise using her previous experience with that from her current position, as well as any knowledge and skills she can develop through the ambassador programme. Having spoken with previous Next Generation Ambassadors, Clover is hopeful that the programme will give her the same positive experience and says she is looking forward to using her role to further engage and enthuse the younger generations of sheep farmers. 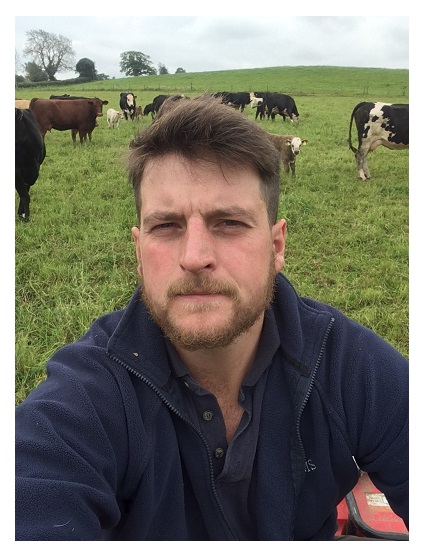 Managing a mixed enterprise of 450 ewes and 150 suckler beef cattle, Ali has been tireless in his efforts to gain more knowledge to further improve the system since taking on the position almost 18 months ago. Having joined NSA for several recent events during the past year Ali has seen some of the benefits the NSA Next Generation programme can deliver and is keen to gain more in his role as ambassador this year and into the future. Ali says he is looking forward to growing the profitability of the sheep flock at the farm during the next five years and is interested to explore the option of adding a small rare breed flock to the system for direct sales to the public. 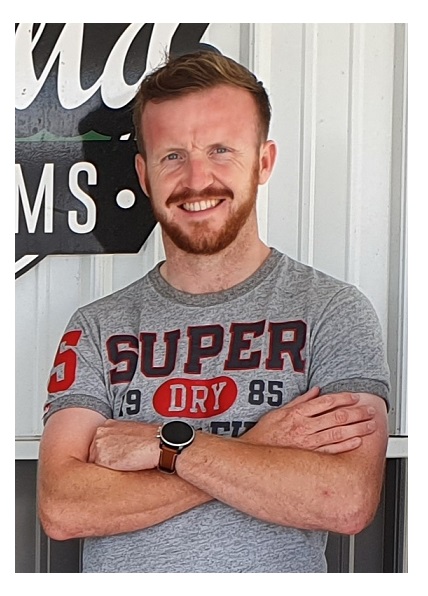 David will certainly be well placed to pass on his experience from the NSA Next Generation programme as he balances a busy farming life alongside teaching Agriculture at a school in Northern Ireland. At home, David farms with his father on a mixed enterprise of sheep, beef and poultry across two sites totalling 40ha (100 acres). Running 200 commercial ewes, David is keen to maximise the productivity of his current flock before increasing numbers up to around 300 ewes. he is also considering moving to a closed flock with an aim of breeding something nearing the 'ideal ewe'. As a Next Generation Ambassador David is looking forward to learning new skills, increasing his knowledge and meeting new like-minded people who share the same passion for the industry as he does. He comments: "I always get real enjoyment and interest from talking to other young farmers particularly hearing the differences in how each person's enterprise works. Sometimes in farming, we are guilty of not sharing ideas and information with our neighbours, so I think the Next Generation programme will be a great opportunity for me to do this". 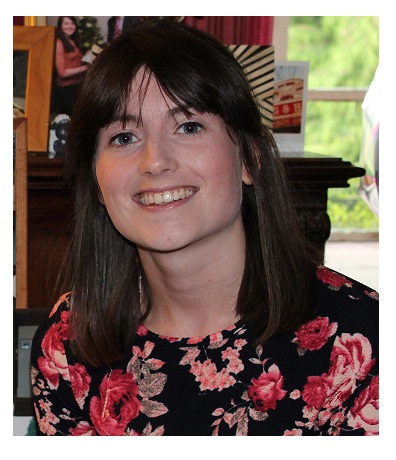 During her Next Generation interview, it was clear that Beth is a great advocate for the importance of supporting both our local livestock markets and local abattoirs, recognising their importance to rural communities. Beth produced both breeding stock and finished lambs from her family farm near Hay on Wye, Herefordshire, and is driven by setting both herself and her business targets to continually improve performance. Beth is not dismissive of the challenges that the sector faces and she hopes her experience as an ambassador can help her deal with these. Beth comments: "Sheep farming isn't just about sheep, it's also about being able to run a business, have personal skills to communicate well, the ability to plan plus may other skills, but most importantly farmers need resilience. Sheep farming is an incredible way of life but it can be very tough too, so being able to respond and have a united voice about the current challenge we face and the future that lies ahead is vital". As an ambassador, Beth says she hopes to be able to listen to other NSA members and their challenges and voices, while hopefully inspiring others to join NSA so that as many sheep farmers as possible are represented. 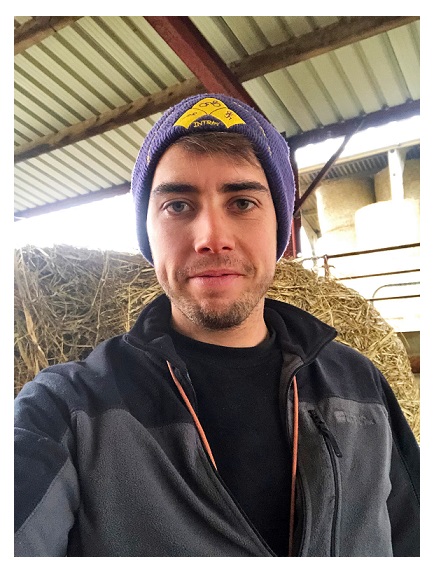 As a demonstration of his ambition to progress successfully in the sheep sector, Harry noted many targets he would like to achieve in the next five years as part of his application to join the NSA Next Generation programme this year. Most notably, he would like to focus on improving the taste and eating quality of sheepmeat which he believes is one of the key factors the sheep sector needs to be looking at. Harry is currently employed as a shepherd at Beeswax Dyson Farming, lambing a mixed flock of 1500 Innovis-bred Aberfield type ewes and 500 North of England Mules. In addition to this, Harry also manages to run 150 Welsh ewes on rented ground back near his childhood home in South Wales. Already keen to promote the industry to the younger generation, Harry is just about to start 'Facetime a Farmer' and is heavily involved in the farm's Open Farm Sunday each year. 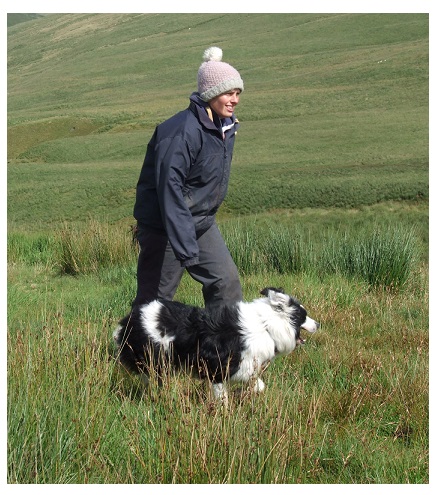 Erinna considers herself very lucky to have the opportunity to farm on the Cambrian Mountains, working full time alongside her mother and farming hardy Elan valley Welsh Mountain ewes as well as a small flock of Texel, Charollais and Suffolk sheep. Erinna says she is passionate about improving and promoting Welsh native breeds of sheep and the impact that they have in the conservation of their natural habitat. To support and market her flocks, Erinna is currently investing time and money in starting a meat production business from the farm. On being selected as an ambassador, Erinna says: "I am looking forward to the chance to learn more about all sorts of aspects of the UK sheep industry and meet a range of people involved in the industry, including new entrants and experienced sheep producers and experts. I think this will be a wonderful experience and I'm looking forward to promoting the benefits and work of the NSA through networking with young farmers in my area, and people I meet while stewarding at shows and selling stock in markets." 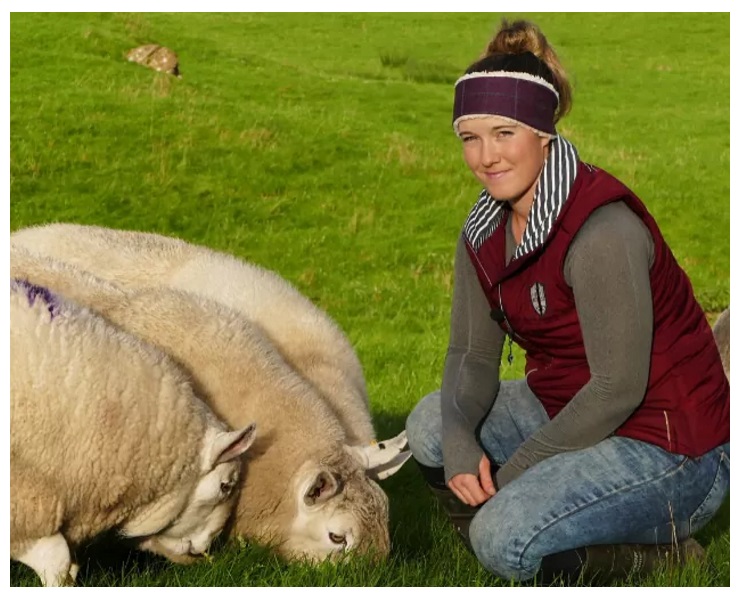 Jodie started her own contract shepherding business and flock of Mules and North Country Cheviots with help from the Princes Trust and Farmer Network. She is already promoting the benefits of these organisations and the NSA gives to help young people to help them succeed in the sheep industry. Jodie is looking forward to gaining more personal skills and knowledge through the Next Generation programme to enable her to continue this promotion more effectively. Jodie is ambitious for her future in the industry and is aiming to expand her upland sheep farming business based near Cartmel in Cumbria, by taking on either rented ground or purchasing land locally. She's also increasing her self employed work, by investing in equipment and gaining experience that will enable her to specialise in certain areas of shepherding, such as sheep dipping or scanning.